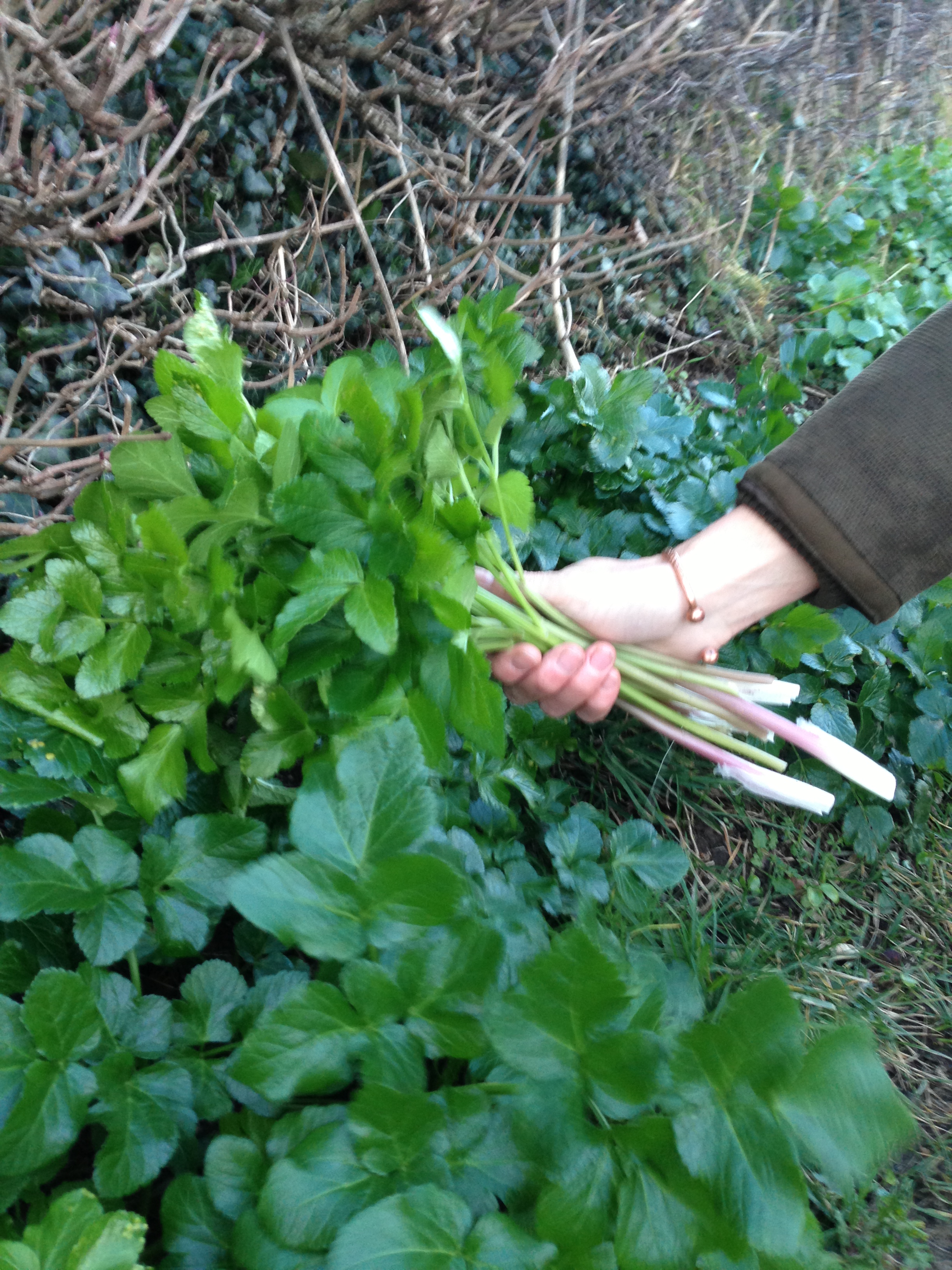 Here is a great recipe which combines the warm, celery like flavour of Alexanders with Leek, Chilli and Pollock to make an unusual warming winter stew.

Alexanders were brought to the UK by the Romans – as were lots of our wild weeds. Historically the plant would have been used as celery, cooked as a vegetable or added to the cooking pot to add flavour, texture and nutrients to a stew. 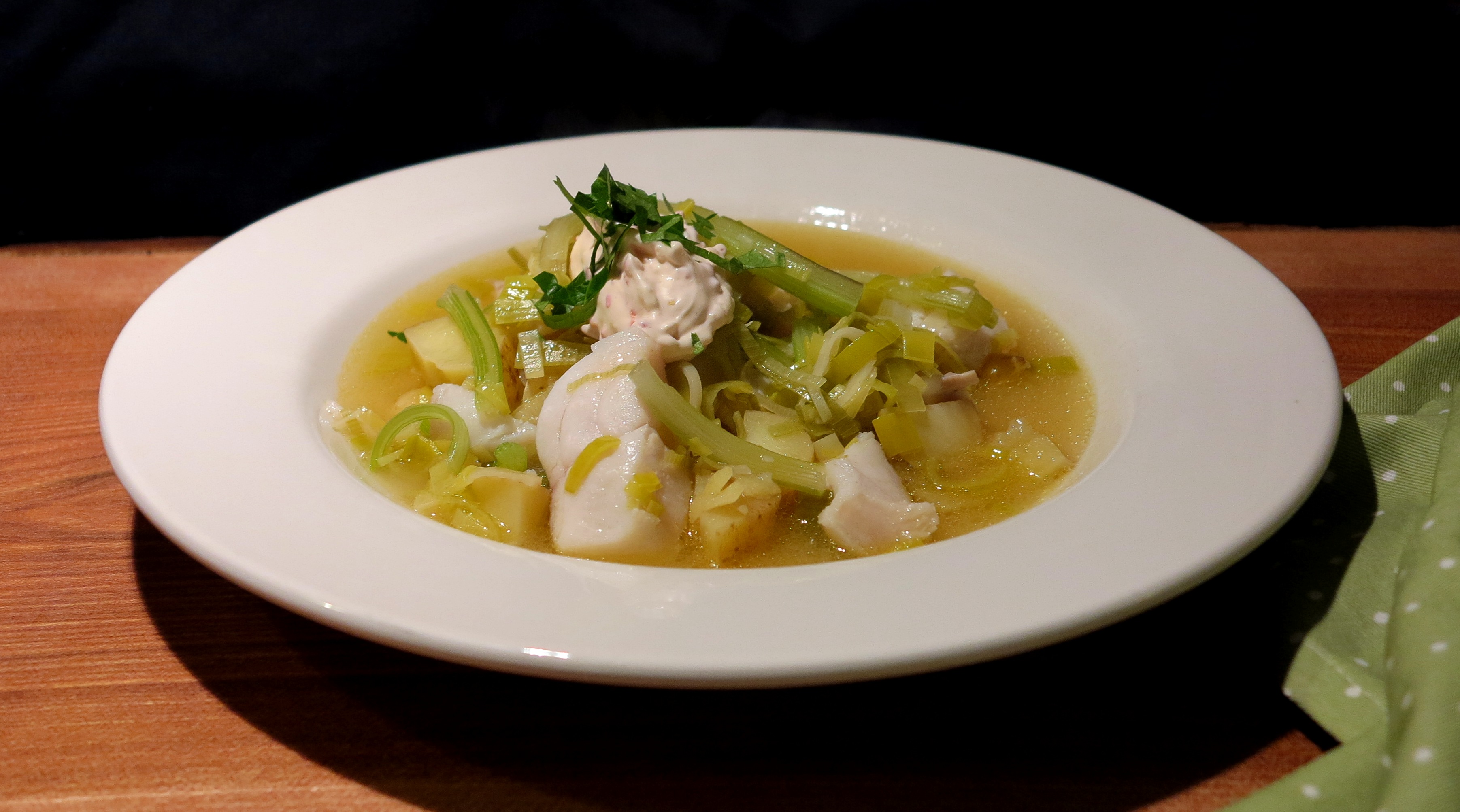 Collect the tender stems of the Alexanders before it flowers, this can be from February through to late spring. If you can’t get Pollock use another firm fleshed white fish.

To prepare the Alexanders first give them a good wash, cut off the leafy tops and trim the stem bases. Remove the strings and cut the stems in to 5cm pieces. Now to make the stew, melt the butter in a large pan, add ½ of the garlic, fennel seeds and the leeks and cook gently for 2 minutes. Add the potatoes and the stock and bring to a simmer. Cook for 15 minutes. While the soup is cooking make a quick rouille by combining the mayonnaise, garlic and chilli – mix well then set aside. When the soup has been cooking for 15 minutes add the fish to the pan and stir gently. Now steam the Alexanders stems for 2 – 4 minutes until just nicely cooked. Before serving check the seasoning and add salt and pepper as necessary. Spoon in to 4 bowls topping with the Alexanders and rouille.

Some of you will have eaten a similar stew on the first night of our 2 day Staithes Coastal Course. We often use Sweet Cicely or fennel as flavouring instead of Alexanders, it is different but equally good.

To learn about coastal foraging we have places on our 1 day coastal foraging courses in July and September where we teach about the edible seaweeds, shellfish and coastal plants around Staithes in North Yorkshire. Click here for more information. 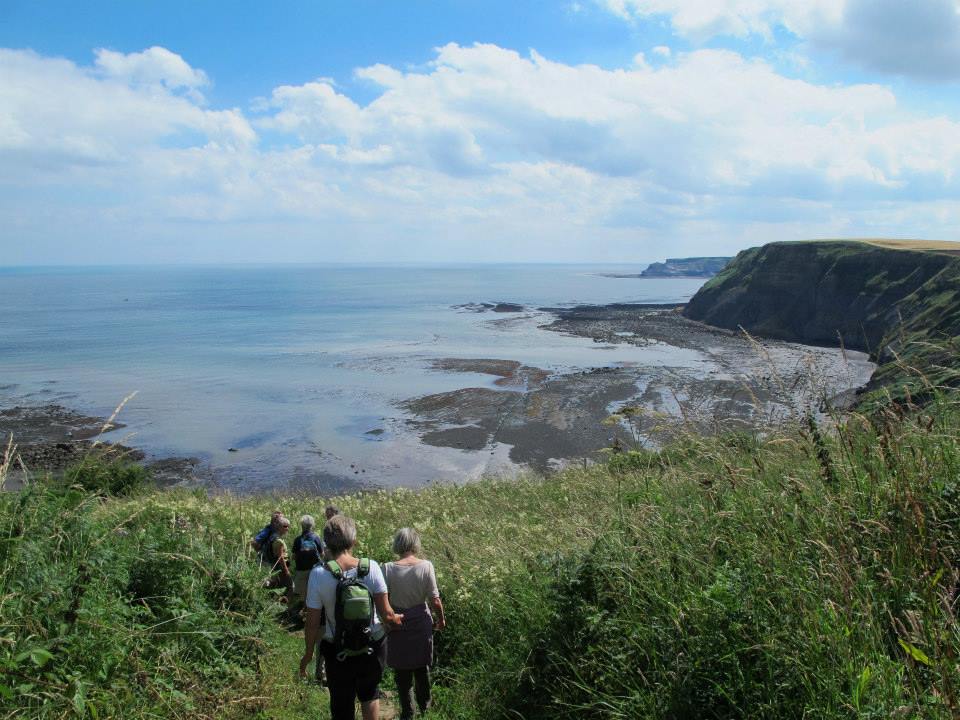 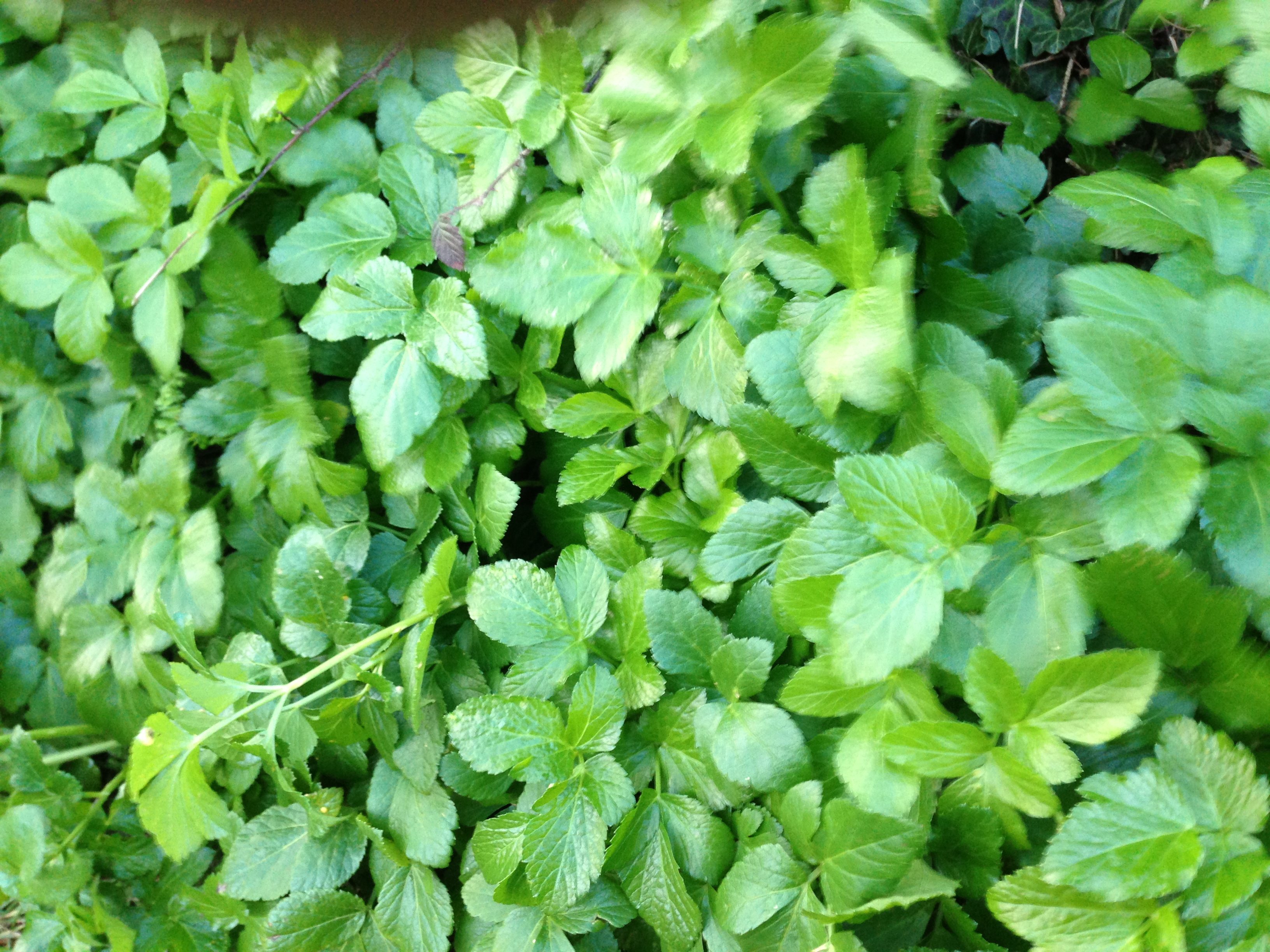 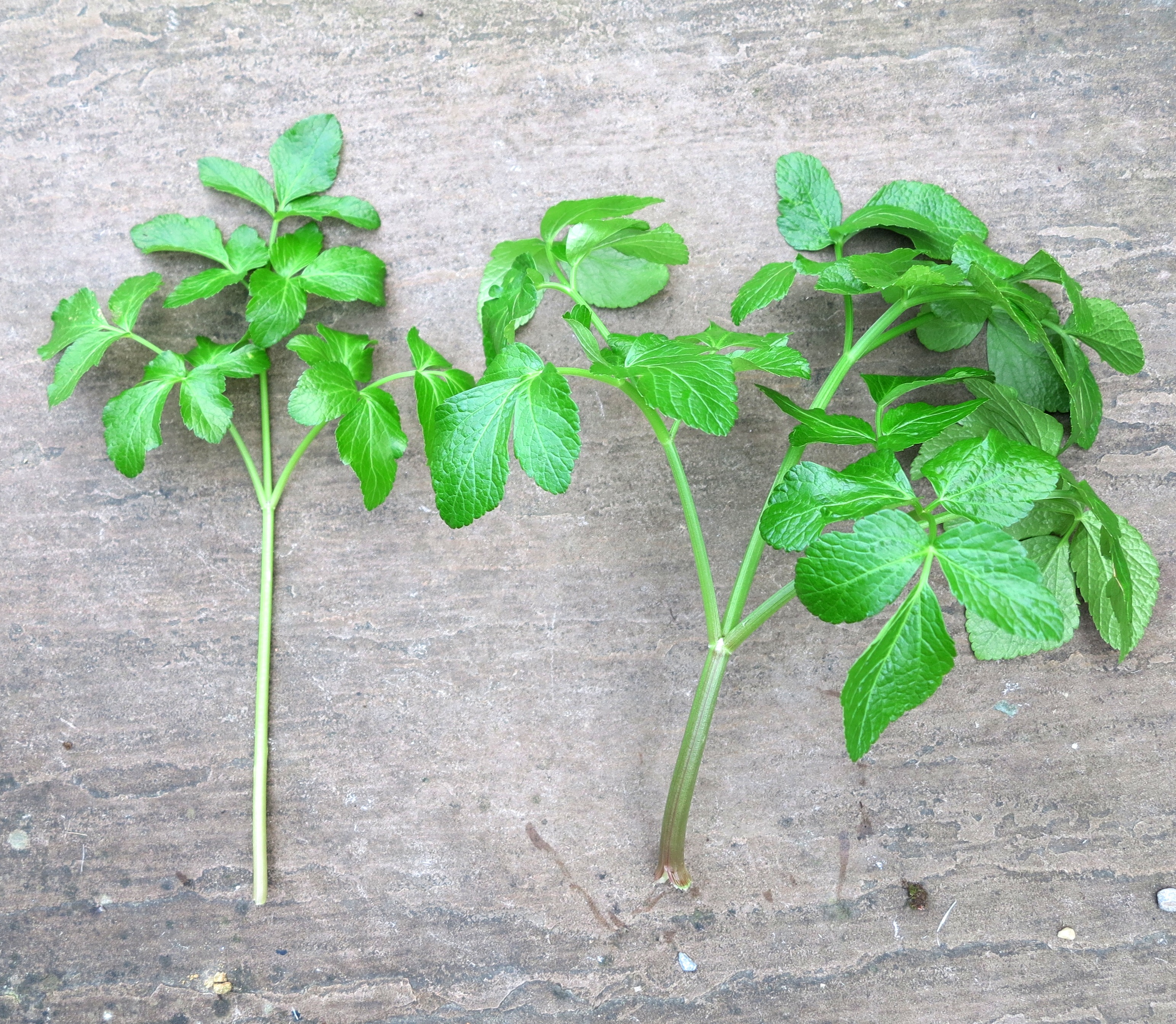 A biennial plant that’s identification can be confirmed by smell (leaves and stems smell like Parsley/celery when crushed between your fingers). At the start of spring shiny bright green leaves appear forming a hummock. The leaf is made up of small glossy leaflets attached to small stalks which are then attached to stalks and then the main leaf stem. The flowering stems grow up to 1.2m and are topped with yellowy green umbrella like flowers. The flowers are followed by seeds from summer onwards which turn from green to black. The plant dies after it has set seed but usually there are others waiting to take its place.