Stag's-horn Sumach. a couple of recipes

My Plant of the moment – Sumach

The Stag’s-horn Sumach is a large suckering shrub originally from North America. It is often planted in parks and gardens growing to 3m tall. The leaves turn a beautiful array of colours after the first frosts, ranging from yellow to the most vivid red. Unusual dark red, velvety fruit grows on the end of the branches.

It is these dark red berries that we harvest in late summer to use as a lemony flavouring. The strength of the flavour will depend on the age of the Sumach. – Be aware that the longer the fruit has been on the shrub the more the rain will have washed out the flavour. 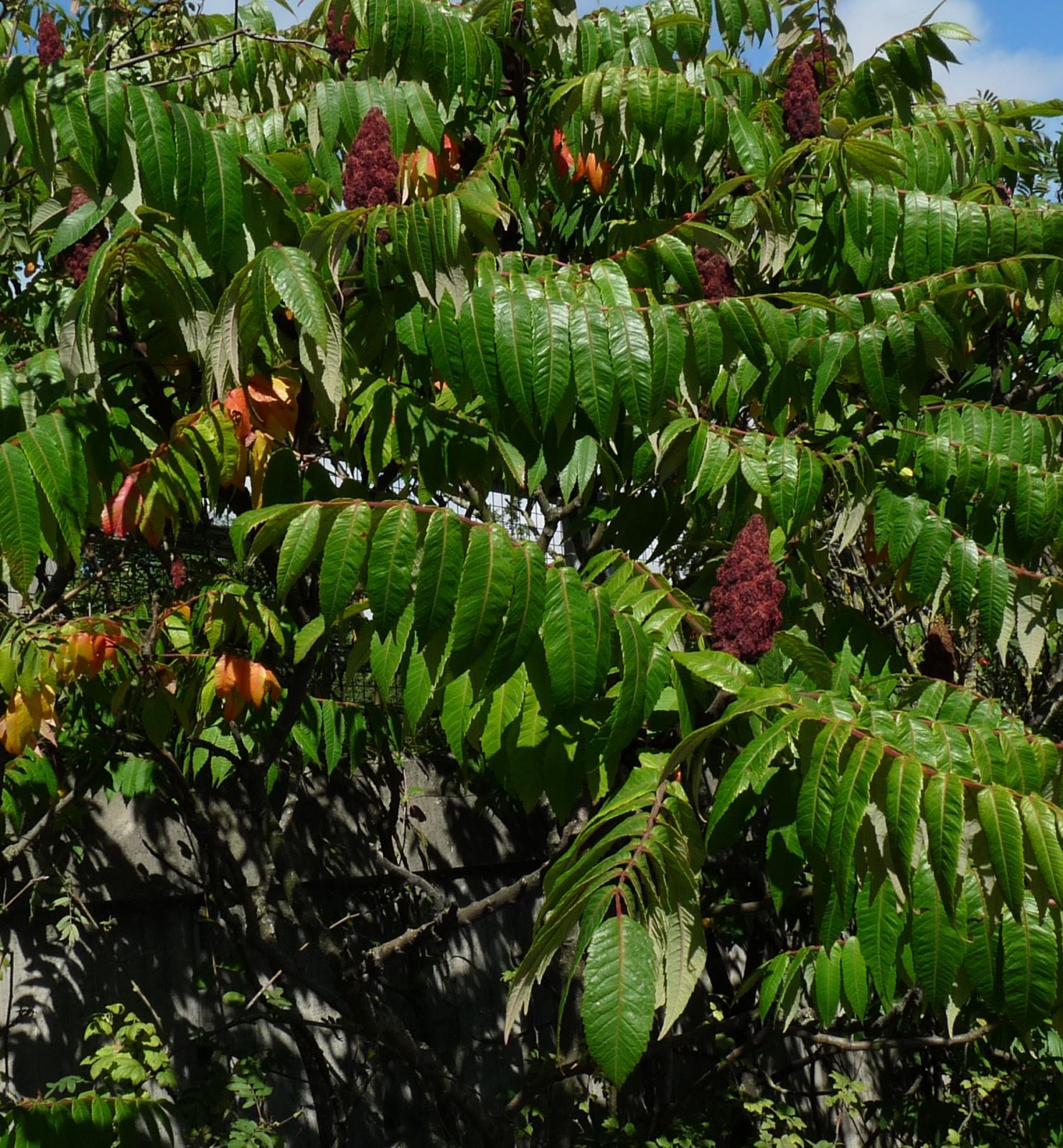 The berries or ‘drupes’ are usually used dried. To do this, dry them in an oven, a dehydrator or by putting them in a warm airy place for a few days. Then grate the surface of the berries or rub over with a sieve and collect up the coarse powder. This is your sumac seasoning which can be used in a variety of ways to season rice, soups, cous cous, etc. It is been used in middle eastern cookery to season meat, fish and egg dishes and is mixed with other spices to create ‘Ras el hanout’ and other spice mixes.

Here are a couple of simple recipe ideas.

Infuse the sumach berries into cold water for 24 hours. Strain the drink through a sieve and add sugar to taste. You will have a lovely pink lemonade like drink that you can drink on its own or add to other things as a mixer or an ingredient.

We made chapattis, smoked some Halloumi cheese in our hot smoker and then made this dip to go with the meal. There was a mixed salad to go in the wraps along with the cheese and the dip. The combination of flavours and textures was amazing.

Mix the ingredients together and add salt and pepper if you think it needs it.

Put the flour and a pinch of salt in a large mixing bowl, add the water a bit at a time mixing as you go. When the mixture is soft and pliable but not sticky it is ready. Sprinkle some flour on to a work surface or a board. Take a piece of dough and roll in between your palms into the size of a golf ball. Now roll out the ball to make a chapatti approximately 20cm in diameter. Keep on going until you have used up all your dough putting a little flour between each chapatti to stop them sticking together. Now take a heavy based frying pan, a chapatti pan or a flat iron skillet and get it hot. (We cook our chapattis on the camp fire and you probably won’t be but, don’t worry, just ignore the bit about holding the chapatti over an open flame.) Using tongs put your chapatti on to the pan cook for about 1 minute until little brown blisters appear on the underside then flip it over and cook the other side. Now pop the chapatti on to the naked flame for a few seconds until it puffs up then put to one side and cook the others. Makes approximately 10

One response to “Stag's-horn Sumach. a couple of recipes”