It’s a bumper year for bilberries. Get up on t’ moors and pick em!

We were up at Brimham Rocks in North Yorkshire last week picking bilberries for what has got to be one of the highlights of the foraging year.

These delicious little beauties are related to the blueberry but are smaller and have more flavour. They make what is in our opinion the best pie filling ever! Once you’ve tasted a Bilberry pie blueberries just won’t cut the mustard. 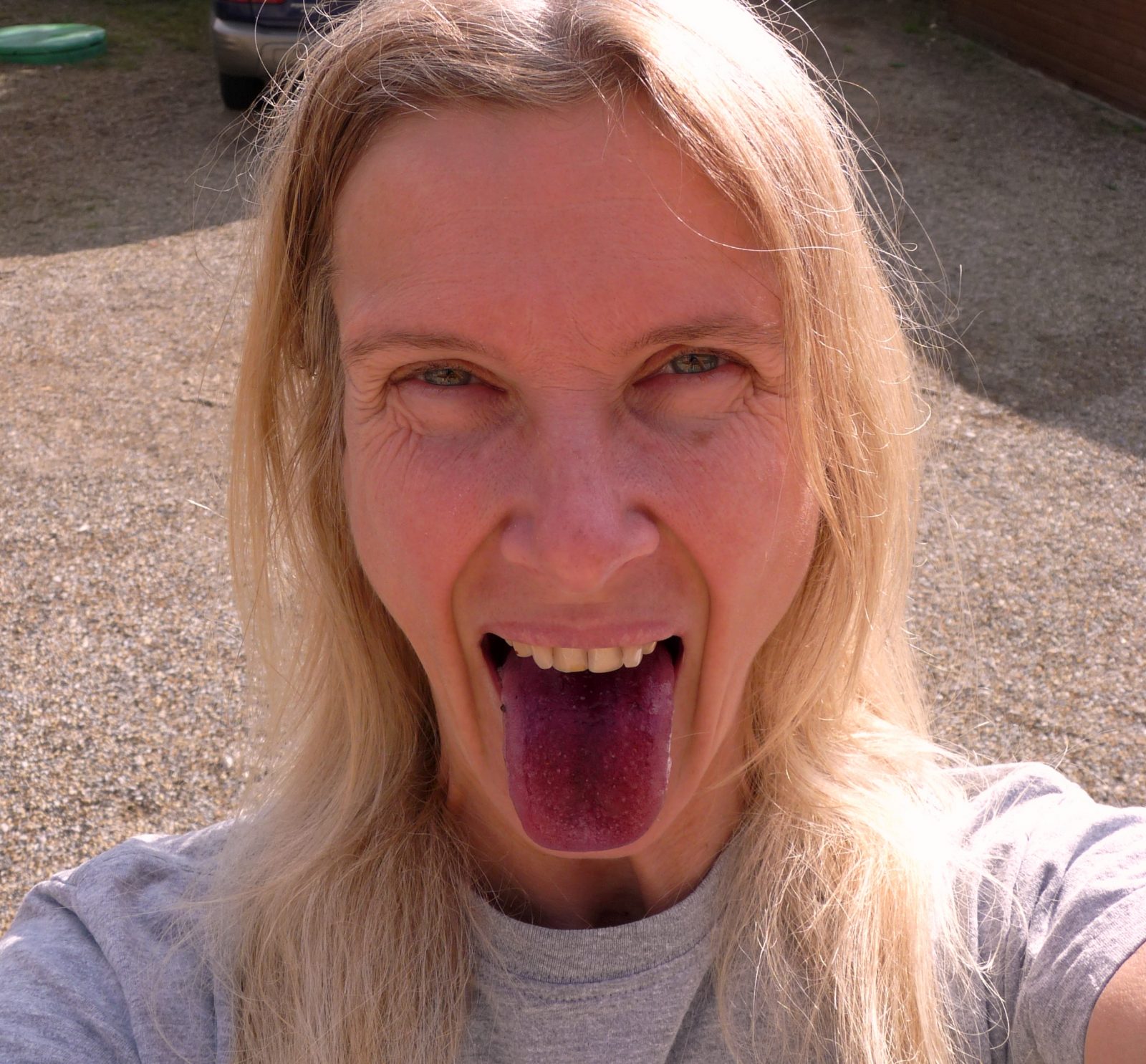 Watch that you do not get them on your favourite clothes though! The juice is deep purple and stains like mad.  Your tongue will turn purple even if you eat just a few berries, look what happened after just a handful! 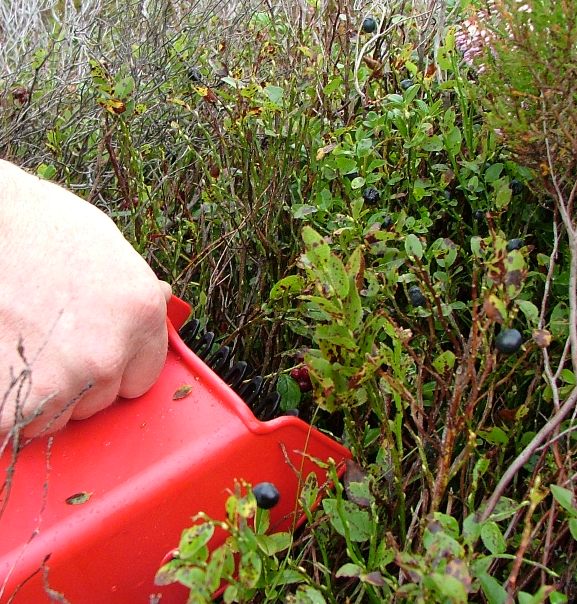 A woody shrub 20-50cm tall, the mid green leaves are 1-3cm long and are a pointed oval shape. They have very tiny serrations around the edge and sometimes turn a reddish colour towards the end of summer. In early summer the plant has greenish pink bell shaped flowers, when pollinated the flowers are replaced by small green berries which ripen through red to a purplish black.

By late summer they are about 8mm across, blue/black and often with a grey bloom. The flat top of the berry has a distinctive raised circle around it.

You can find them growing in most places across Britain as long as you are up on moorland or high open woodland. 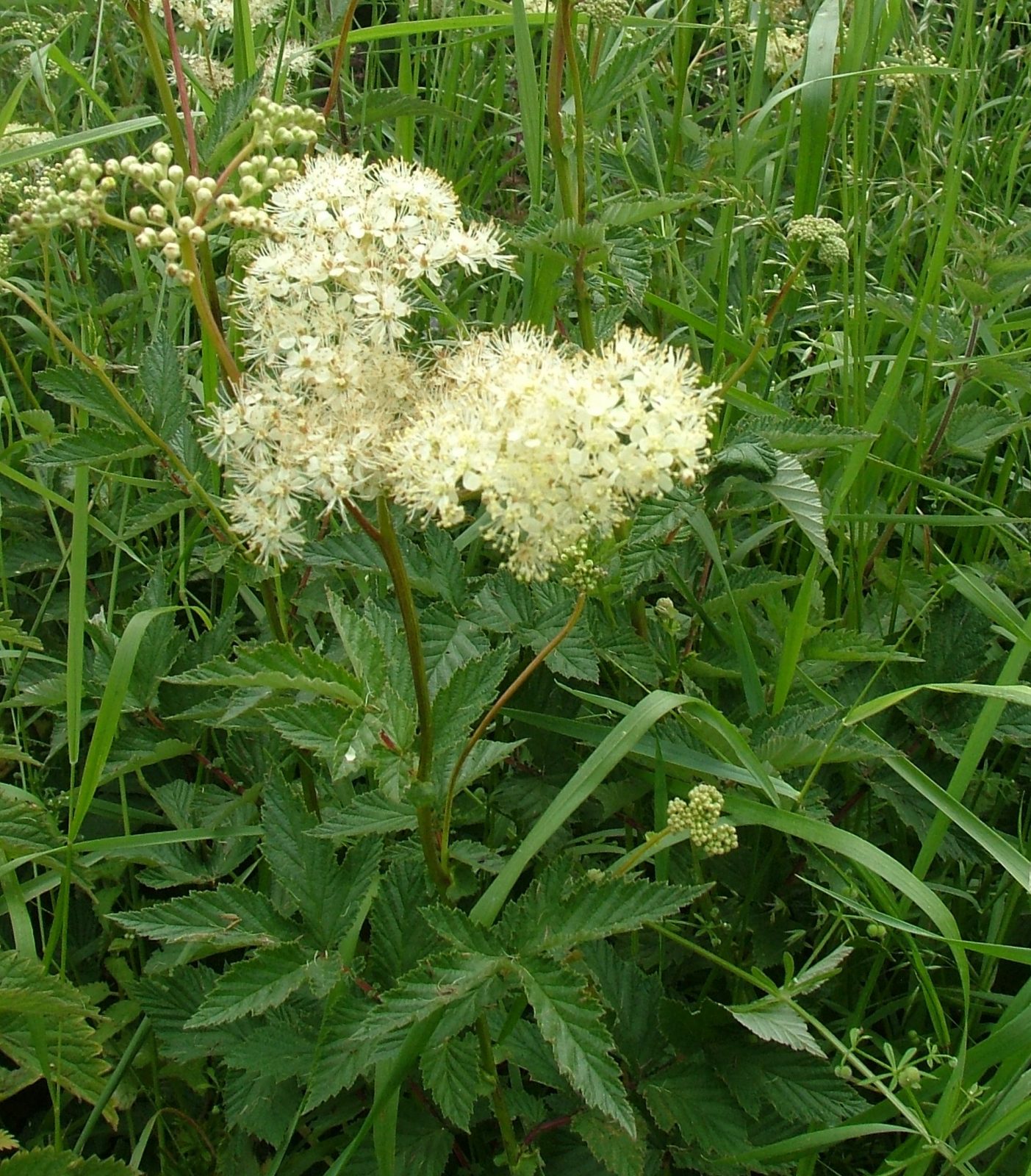 This perennial plant can be found growing in damp meadows on roadsides, field edges and river banks. It is common across the country. In urban locations it can be found growing on riverbanks or canal sides. The leaf is made up of several pairs of dark green leaflets that have sharply toothed edges. At the end of the leaf rib three are fused together. Along the leaf there are also very tiny leaflets in opposite pairs. 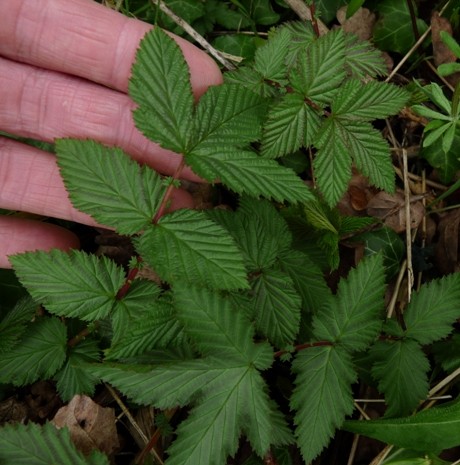 The leaves are coarse textured, slightly shiny on top and pale underneath. Leaf ribs and flowering stems are often coloured reddish. The flower is actually a mass of creamy coloured tiny flowers they usually reach about 1m tall, they have a distinctive honey like scent. Flowering time June – September.

You can either make individual pies in 4 x 12cm tart tins or 1 larger pie in a 22cm pie tin.

Start by making the pastry. This is the easiest pastry ever, just rub the butter into the flour and salt, until it looks like breadcrumbs. Then add a tablespoon or so of cold water and mix until it starts to form a dough. Grease your pie tins with a little butter, now press the pastry bit by bit into the tins. Dust the pastry base with flour – this will absorb some of the bilberry juice

Mix the caster sugar with the bilberries and tip into the pie tins. Bake in a pre heated oven 180 degrees C for 30 mins or until the pastry is golden round the edges.

To make the custard, first de-bug your Meadowsweet flowers and put them in a muslin bag (or similar), gently heat the cream, milk and meadowsweet bag in a pan until it nearly reaches simmering point, turn off the heat and put a lid on the pan. Check the flavour and leave to infuse for a few minutes more if necessary until you have a good flavour. When you have a good meadowsweet flavour remove the muslin bag. In a large bowl mix together the egg yolks, caster sugar and cornflour, beat well. Re-heat the milk and cream until nearly simmering, then pour it on to the egg mix whisking quickly as you do it. When the custard is thoroughly combined pour it through a sieve into a clean pan. Heat stirring constantly until it thickens – be careful not to let it boil as it could separate or burn. 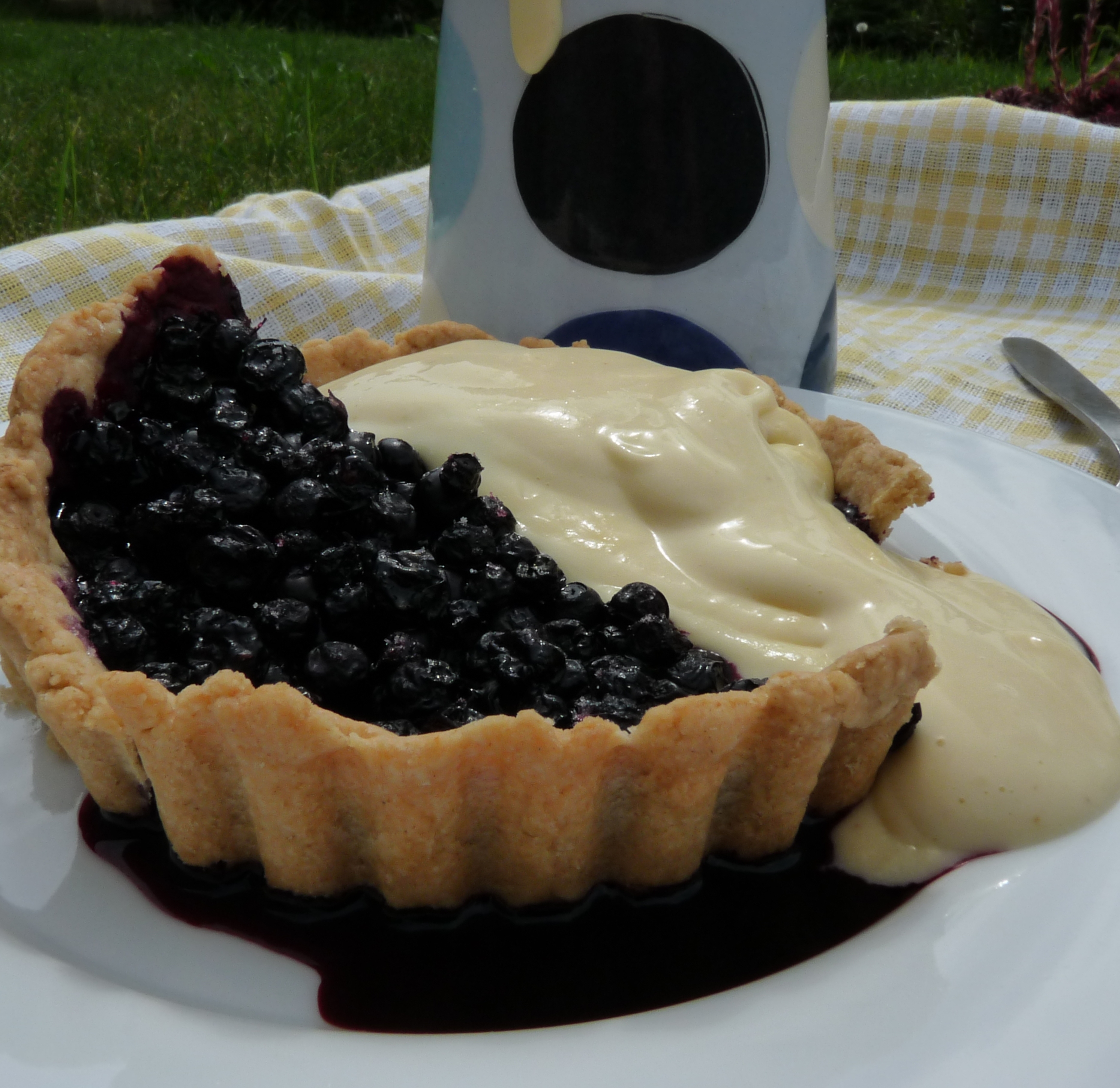