Wild flavour for a Christmas dessert

Here is a lovely recipe which combines fruit, spice and cream to make an unusual winter dessert. Elderberries have earthy fruit flavour which is lovely with warming winter spices. If you don’t have any elderberries you could use blackcurrants.

Elder Rob is a very old winter tonic made to ward off colds and flu. Usually we have it as a drink mixed with hot water but this year we thought we’d try something a bit different. 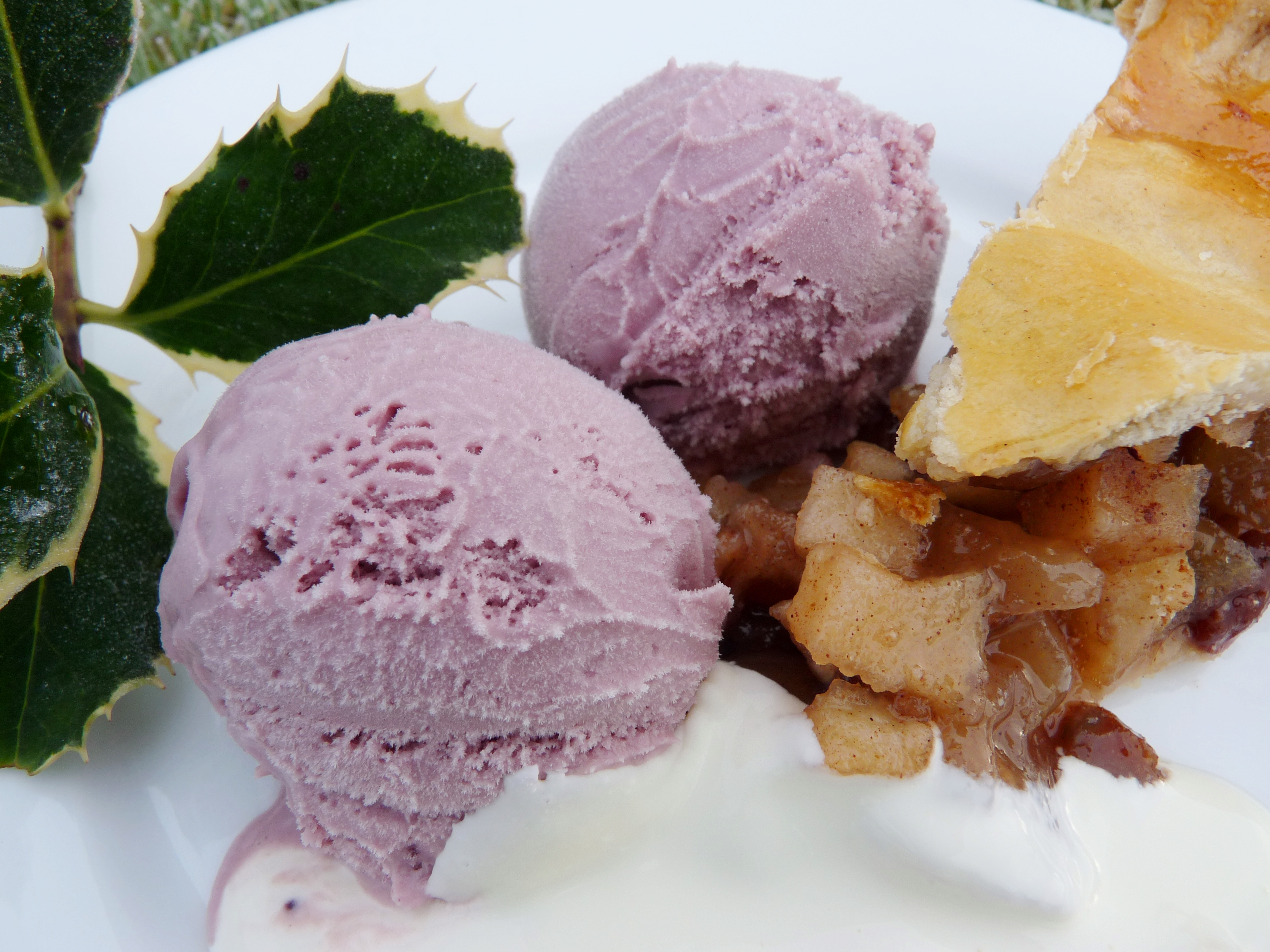 This Ice cream goes beautifully with warm apple pie or spiced oranges. The Elder Rob will keep in the cupboard for 6 months. Once opened store in the fridge and use within a month.

Strip the Elderberries from their stalks and put them in a pan with the water. Simmer gently for 15 minutes then press the juice out through a sieve into a measuring jug. You will have about 1 pint of liquid. Return it to a clean pan and add the spices. Put some clean bottles and their lids on a baking tray in the oven at 120oC. This will sterilise them in the time it takes to finish the cordial. Now simmer the Elderberry juice for 10 minutes then take the pan off the heat and add the honey. Stir until the honey is dissolved and pour into your sterile bottles.

Mix the egg yolks, salt, and sugar in a large mixing bowl until pale and creamy. Heat the milk until nearly boiling then pour onto the egg mix and whisk quickly to combine. When the sugar has dissolved add the cream and elder rob. When cool churn in an ice cream maker or put it in the freezer and mix it with a fork every hour until it turns to ice cream.